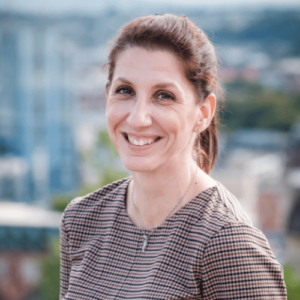 If you’re considering moving your telephony to Microsoft Teams via either Calling Plans or Direct Routing, one thing that is often overlooked is analytics. Even if reporting is not a major priority for your business, understanding what’s available – either natively, or as an add-on – should be one for you.

A bit of a caveat before we begin – analytics as a subject is huge, and no two analytics packages are the same.  This blog will be drawing comparisons to what’s available in Beam, but we will try to give Teams Analytics and Admin Center a balanced view.  A lot of the information we discuss in Beam will be available in Teams, just not in the Analytics and Reports Section.  This blog is aimed at end users who require analytics; not at IT engineers or service desk technicians (unless of course reporting falls under your remit).

Beam vs Teams: General Make Up

Both Beam and Teams analytics are accessed through a web browser.

Beam’s landing page gives access to its four modules that are included as standard:

Teams Analytics can be found in three places: 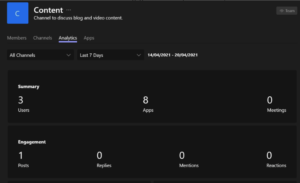 In order to access Teams Analytics in either the Teams or Microsoft 365 Admin Centers, users will need to have one of the following permissions assigned to them:

Note this will give them access to everything in the Teams admin center and associated PowerShell commands.  This could cause issues if the people wanting access to reports are not the people who should be making changes to your Teams set up.

Owners of Teams can access analytics about their Team in the Teams client.

Although Phone System for Teams is a great way to implement calling into the world’s most popular collaboration platform, Teams was first and foremost just that – a collaboration platform.  That means some areas of the traditional PBX world are lagging behind, and one of those areas is call data.

It is possible to get a list of PSTN calls made a received out of the Teams Analytics Center and there doesn’t appear to be a limit on how far back that report can be run.  However, that’s about all it does.  If you’d like to do anything else, such as filter on user or call outcome, or schedule the report for email delivery, that’s just not possible.

The one thing call reporting in the Teams Admin Center does that Beam doesn’t is break down calls made via calling plans vs direct routing, and on a similar note, let you know how many minutes are remaining in your calling plans.

However, if you’re looking for something that more closely resembles a traditional analytics package for a PBX, Beam is it.  Beam has a library of 23 pre-built reports, all of which can be filtered on just about anything – username, department, call outcome, call duration, etc.  If those 23 reports can’t tell you what you want to know, the Report Designer will let you build your own.  You can choose between a summary report, which shows totals and averages, or a detail report which will show all calls.  The report output can be completely bespoked to match your branding, and you can choose which columns (or data) to include.  Once a report has been configured to your requirements, it can be saved and scheduled for email delivery at a frequency of your choosing. 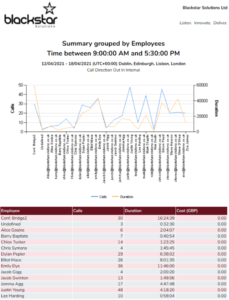 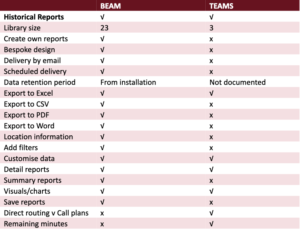 If real-time information about queues or available resource is important to you, you’ll want to take a look at Beam.  The Beam Real Time module has real-time monitors for user presence, active calls, agents logged on and agent availability.  These monitors also have configurable thresholds so you can tell at a glance whether you have enough resource available to deal with demands.  Each Beam user can also set up their own bespoke layout.

The Beam Real Time module also has a host of near-real time dashboards, giving you accurate information on the performance of your response groups and queues, and data around call quality, call outcome, conference attendance and user adoption in general.  Drill through on most dashboards for more information or use the search field to find a particular data set.  Each Beam user can also customize their layout.

Once again, Teams Analytics doesn’t really have anything that matches these near-real time dashboards.  PSTN call data that appears to have a lag of 24-48 hours before the call will appear on a report.  However, Teams adoption data is up to date to the point where the report was generated (however they don’t refresh automatically).

Teams Analytics doesn’t have anywhere to view data just on response groups, auto attendants, queues or conferences.  However, the PSTN & SMS usage report can be filtered to show conference calls.

The Teams and user adoption stats that are available pretty much match what is in Beam, however there is no dashboard as such, and again the information doesn’t refresh without manual intervention.

The Teams Admin Center does have a wealth of call quality information in it, primarily in the Call Quality Dashboard, and in each user’s profile.  This information gets really in-depth and is primarily used for troubleshooting purposes by an engineer.  This blog isn’t really about that type of information, but it is worth mentioning to give a balanced view to what’s available within Teams.

The area where Beam and Teams Analytics most align is in Teams adoption data – by this I mean data about Teams as a collaboration platform as a whole.  There is a bit of this available in the Beam Real Time module, but the Beam Performance Analytics module most closely matches what’s available in the Teams and Microsoft 365 Admin Centers.

Both analytics packages will show you usage by team, including membership, number of posts, files shared, guest members, etc.  You can also see user activity, including which teams they’re active in, what modalities of Teams they’re using (chat, conference, 1:1 call, video etc) and what device they’re consuming Teams on.  You can drill through the stats provided for more info in both Beam and Teams Analytics; with Teams Analytics you may end up in a section outside of the usage reports, so just be aware of that.

Where Beam does slightly better than Teams is usage by department (not currently available in Teams analytics), version number and device name in the device usage reports, and a list of licenses per user all within the reporting package.

It is possible to report on live events in Teams Analytics; this isn’t available in Beam.

The Microsoft 365 Admin Center usage reports have a similar dashboard look and feel to Beam.  However, the data here is solely on Teams adoption as a collaboration tool; there are no call stats recorded here.

One area that is often neglected in reporting packages is the headset estate.  Headsets can range in price from dirt cheap to eye-wateringly expensive so having a complete inventory – including knowing whether or not they’re being used or what kind of quality experience they –  provide is important.

The Beam Device Manager module provides this information; Teams Analytics doesn’t have anything similar, but again, to provide a balanced view, not a lot of analytics packages include this information.

The Beam Device Manager module has a dashboard that provides at-a-glance information about what types of headsets you have deployed in your Phone System for Teams solution.  It also lists call quality by device type, so if one particular device type is consistently delivery a poor quality experience, it can be replaced.  There is also a complete headset inventory which includes last seen dates (are your staff actually using their headsets?) and the ability to push out firmware upgrade in bulk by location or device type.

The last area we’ll look at is data round your DDIs and number ranges.  This is an area that PBXs don’t do well, let alone reporting packages.  A perennial request from system administrators is why can’t I see my DDIs in one place?  The Beam Range Manager module lets you do just that.

The Range Manager module is a complete DDI inventory.  A dashboard shows the allocation of all of your ranges.  Numbers can be reserved for new starters or quarantined for leavers.  The Range Manager will also intelligently create DDI ranges if it sees DDIs allocated that it isn’t aware of.  If there appears to be a sequence, it will create the range for you.

Once again, Teams Analytics doesn’t really provide anything similar.  In order to give a balanced view though, phone numbers are visible in the Teams Admin Center under Voice and Phone numbers.  However, this only shows numbers that have been provided by Microsoft, not any that you may have ported from another communications provider.  This section is far more beneficial to calling plans deployments of Phone System for Teams; Direct routing implementations will need to look elsewhere for this information.

Analytics, in general, is a very broad topic and trying to compare two disparate packages is like trying to find similarities between a snorkel and toast.  You can likely get the majority of information you need out of the Teams Admin Centre and its Analytics package – it just likely won’t be easy.  If call data isn’t that important to your business, or if you’re keener on the collaboration side of things, Teams Analytics will probably suffice.

Beam is an analytics tool put together for end users, not for IT professionals.  The user experience is much more friendly and requires much less manipulation of data following an export.  It is definitely skewed towards the Phone System side of your Phone System for Teams deployment.  The sheer amount of call data, plus what you can do with it just can’t be matched by Teams Analytics.

How We Can Help

Blackstar is experienced in deploying and supporting Beam. We have specialists available to answer your queries and get you set up.

If you want in-depth insights into your Teams usage contact us on 0333 123 2 123 or email enhance@blackstarsolutions.co.uk 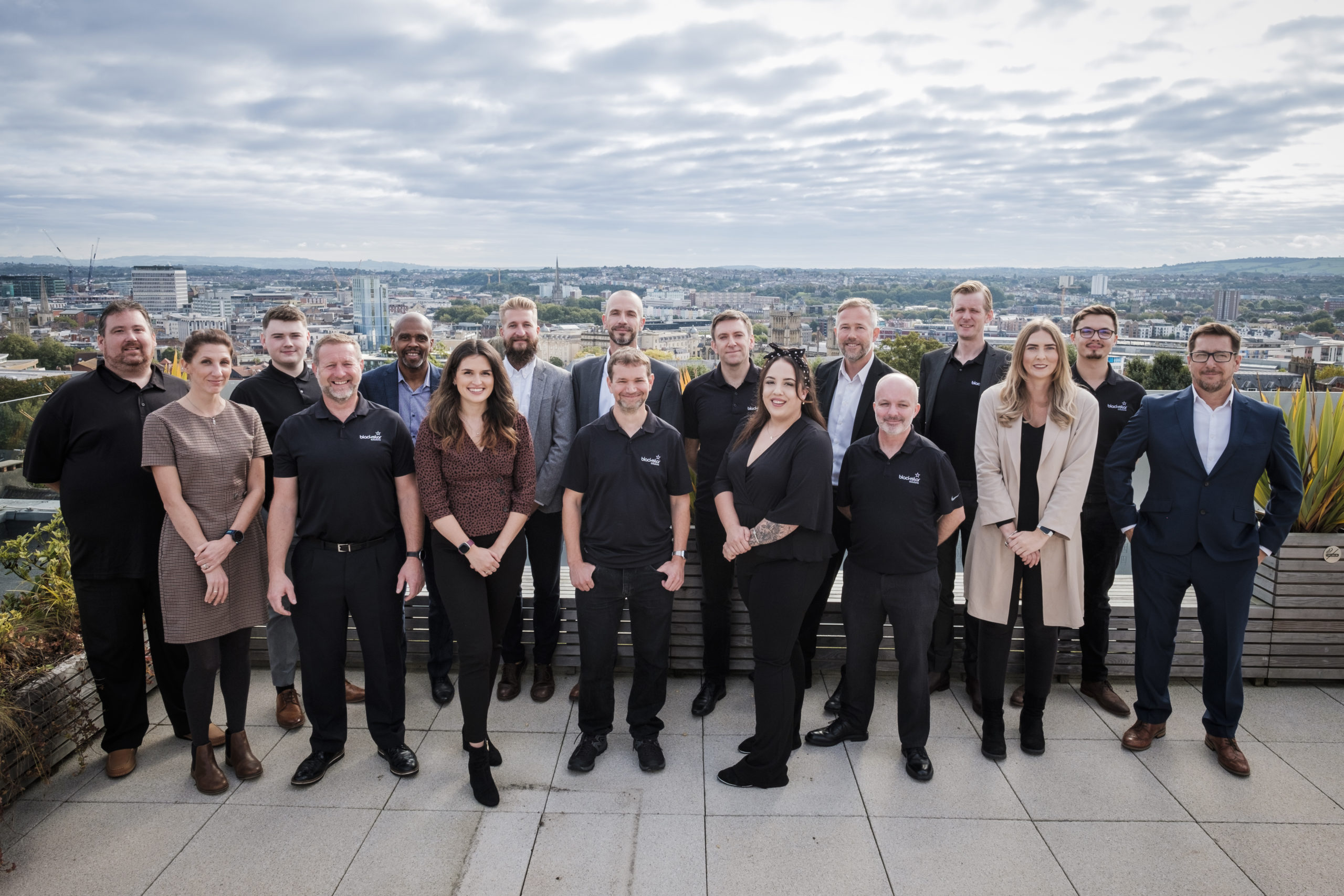 Complete the form to sign up to our bulletin containing information and industry news relating to tech and telecoms and what we’re up to. 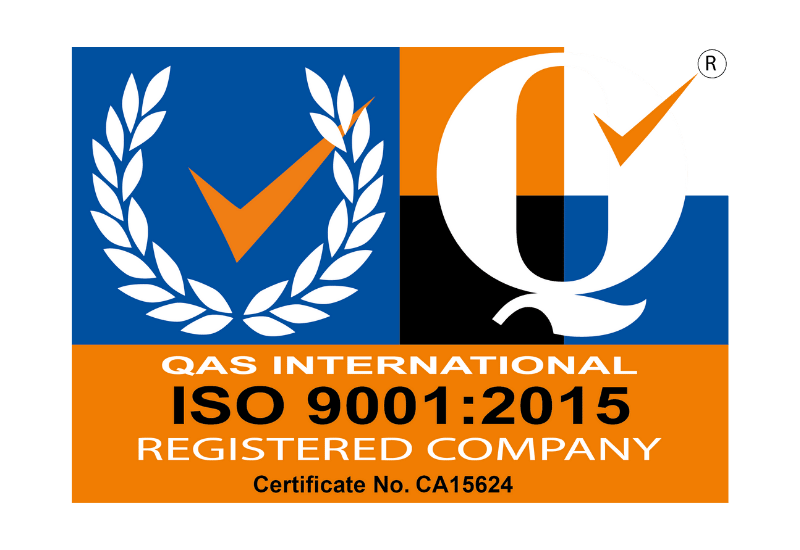 We need your consent before you can continue on our website. If you are under 16 and wish to give consent to optional services, you must ask your legal guardians for permission. We use cookies and other technologies on our website. Some of them are essential, while others help us to improve this website and your experience. Personal data may be processed (e.g. IP addresses), for example for personalized ads and content or ad and content measurement. You can find more information about the use of your data in our privacy policy. You can revoke or adjust your selection at any time under Settings.

If you are under 16 and wish to give consent to optional services, you must ask your legal guardians for permission. We use cookies and other technologies on our website. Some of them are essential, while others help us to improve this website and your experience. Personal data may be processed (e.g. IP addresses), for example for personalized ads and content or ad and content measurement. You can find more information about the use of your data in our privacy policy. You can revoke or adjust your selection at any time under Settings. Here you will find an overview of all cookies used. You can give your consent to whole categories or display further information and select certain cookies.